The Joel family’s association with South Africa dates back to the 1870s when Barney Barnato, Jim Joel’s great uncle, arrived in Kimberley to seek his fortune in the newly discovered diamond fields. He was joined by his three nephews including JB (Jack) Joel, Jim Joel’s father. Together they were highly successful and by the end of the century had significant diamond and gold mining interests as well as investments throughout South Africa in real estate, infrastructure and industry.

In the United Kingdom, Jack Joel enjoyed considerable success as race horse owner and breeder and developed the Childwickbury Stud into a formidable force. On his death in 1940, Jim Joel inherited the estate and continued his father’s racing tradition and is one of only a handful of owners to have won both the Epsom Derby and Grand National.

Jim Joel, who had first visited South Africa as a young man, maintained close links with the country throughout his long life and was a regular visitor up until shortly before his death in 1992 at the age of 97.A few years before he died, he established The Childwick Trust, a chariitable settlement. Much respected both for his sportsmanship and philanthropy and recognising the importance that South Africa had played in his and his family’s life, he specified that one of its objects would be to promote education in South Africa.

Operating in South Africa under the name, The Jim Joel Fund, the Trustees of The Childwick Trust realised early on in South Africa’s transition to democracy that in order to mitigate against long term cycles of poverty, poor educational achievement, ill health, inequality and other socio-economic challenges, it needed to invest in the lives of very young children. The Trustees believe that this is where the foundation for future well-being, and the future of South Africa, is established. 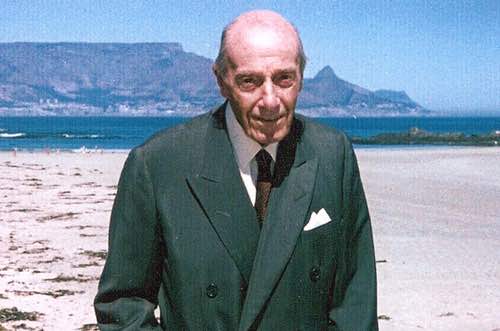 Details of the grants made by the Trust during the last financial year can be seen by clicking here.